Alone we are smart. Together we are brilliant. 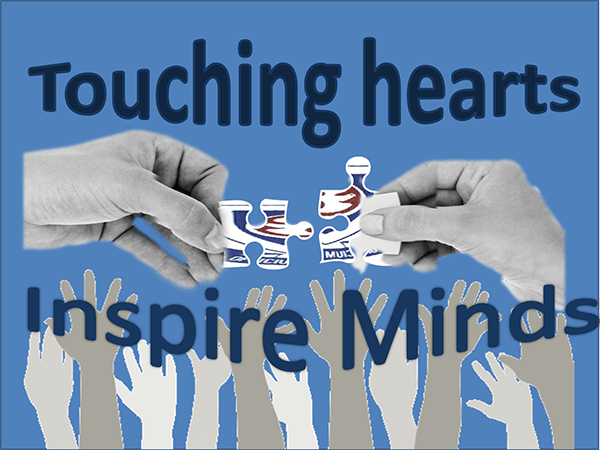 The school’s colours are blue, white and maroon

The Arms are registered at the the Bureau of Heraldry on 19 June 1989, under certificate No 2060. The blazon (translated from the Afrikaans text) reads:

Arms: Azure, within an annulet argent a roundel gules charged with a dove in flight argent, the whole within a border, also argent.

About the arms:
An anomaly in this blazon is the colour of the roundel, which is called red (gules) but is illustrated on the registration certificate as being maroon (a colour called murrey in heraldic language).

The school’s colours are blue, white and maroon – and were those colours long before the arms were registered – and it would seem that the school is entitled to request a corrected registration certificate.

The white dove[1] is traditionally a symbol of peace, and of God’s blessing. The school explains the choice of one as of fitting into the area where the school is situated, where the streets all have bird names.

This excerpt is taken from oocities.org

Starting in January 1970 the school was built to serve pupils in the then recently established township of Cotswold Extension, lying north of the N2 freeway.

In 1971 two proposed names for the school were submitted to the Port Elizabeth School Board, and the name chosen was that of the farm on which the township was laid out. The other name proposed was Alouette, but the parents preferred Moregrove.

With Mr W C Nel as principal, the teaching staff comprised six people, and there were 103 pupils: 47 English-speaking and 57 Afrikaans.

At first the school had no sports facilities, and an arrangement was made that the children could use the sports fields at Cotswold Primary. Gradually Moregrove school acquired more than adequate sports grounds.

In 1972 a bird in flight was chosen as the school badge. Curtains were bought for the school hall, coloured maroon.

In 1973 the school received permission to offer pre-primary classes, and these classes began in ’74.

In 1988 the school coat of arms and motto were accepted by the Bureau of Heraldry. The following year the registration certificate was received and formally presented to the school.

The school song was also taken into use in ’88. The lyricist-composer was Crescendo Award winner Greta Delport, who was teaching music at the Hoërskool Andrew Rabie.

In 1991 a junior pre-primary class (for five-year-olds) was started.

Also in 1991 it was realised that the two neighbouring primary schools should merge. However, Cotswold Preparatory School (also parallel medium) was not included in these discussions. (The three schools’ premises formed a triangle less than a kilometre across.)

In 1993 the school, under the so-called Model C arrangement, first admitted pupils who were not from the white population group.

The above information was obtained oocities.org.

A big thanks from Moregrove to Mr du Bruyn from Amobia for the installation of fibre at our school. We are most grateful to Mr du Bruyn and his team for the outstanding fibre connection! 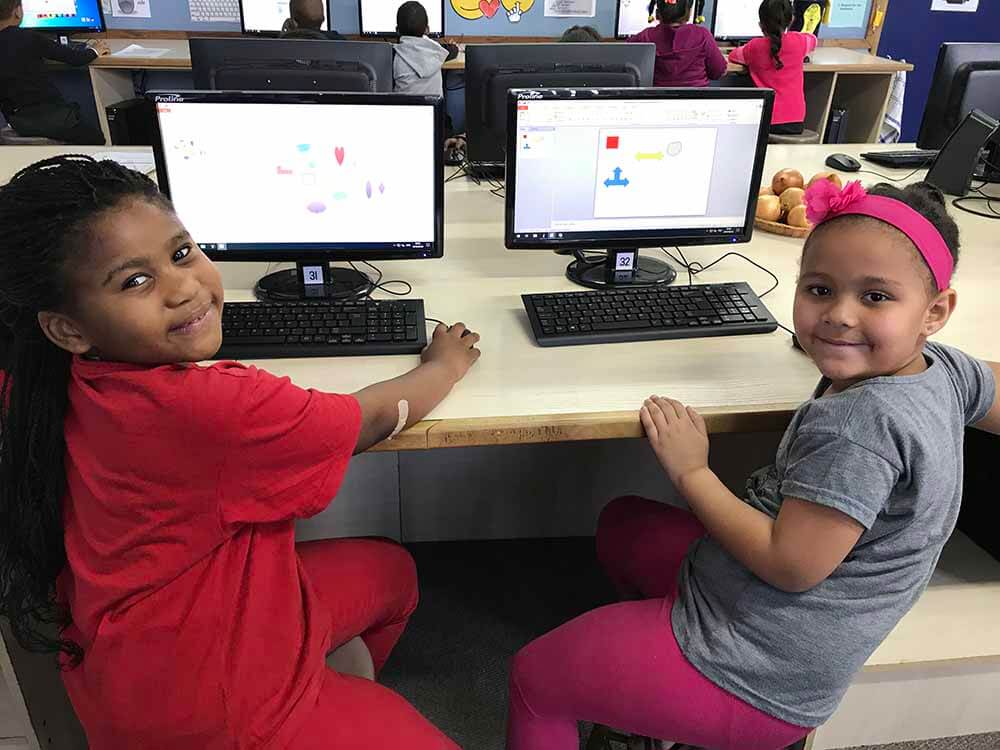 Applications for Grade R at Moregrove Primary School are open.

Kindly email the above information to admin@moregroveco.za

Please email the secretary the following details and application’s will be forwarded to you in the week of the 5th -8th of APRIL 2022:

Kindly email the above information to admin@moregrove.co.za

Our boys and girls perform at many school events.

We are very proud of the achievements of our Netball Teams.

Our soccer teams remain among the top in Port Elizabeth.

The Intermediate Phase ranges from Grade 4 to Grade 6.

Intermediate and Senior Phase learners have to decide on subject choices, career direction and possibly work options when they finish school after Grade 9 (the last compulsory year of schooling). This means that learners in the Senior Phase must make very important decisions that will impact not only on what subjects they take in Grades 10 to 12, but also on their working life after school.

We recognize the important relationship between parents and teachers to develop the scholar and are very proud of the special relationship we share with our Moregrove parents.

Our boys and girls perform at many school events.

We are very proud of the achievements of our Netball Teams.

“I am extremely proud to be associated with this fine school. As the head of the Moregrove Family I can honestly say that we do not only teach our learners, but that we educate our learners to become worthy citizens of our country…”“

Orientation for the grade R’s and grade 1’s.